A 7-month-old girl died Friday after she was bitten by the family dog.

Clearwater Fire Rescue responded to a call at the Fairwood Avenue residence about 2:12 p.m. Friday.

Authorities said the girl was being taken care of by her grandparents when a mixed-breed dog bit her.

The girl was transported to Mease Countryside Hospital, where she later died.

As is customary in such cases, Clearwater Police are conducting an investigation, in conjunction with the Department of Children and Families.

The dog has been removed from the home and taken to Pinellas County Animal Services.

Dogs can bring much happiness into our lives as well as decrease stress. Americans own an estimated 70 to 80 million dogs as pets. The sad truth is that sometimes dogs bite, and the aftermath can be deadly. Millions of Americans are bitten by dogs each year, and some of these dog bites cause serious injuries.

Dog bite injuries are the second most frequent cause of visits to emergency rooms among children, according to the Centers for Disease Control and Prevention. Dog bites are responsible for almost 340,000 emergency room trips each year for children 12 years of age and under. Most dog bites, 61 percent to be exact, occur at home or in a familiar place.

END_OF_DOCUMENT_TOKEN_TO_BE_REPLACED

The victim of a dog attack in Clearwater is is suing the dog’s owners for alleged negligence and liability.

The male victim filed a complaint on Aug. 16 in the Pinellas Circuit Court, alleging that the dog owners failed to provide their guests with a safe environment.

According to the complaint, the man alleges that he was invited by the dog owners to enter their home on April 17 when he allegedly was attacked by their dog and suffered bodily injury, pain, disfigurement, mental anguish and medical expenses.

Every 75 seconds, someone in the U.S. is bitten by a dog. Last year, more than 830,000 dog attack victims required emergency medical care. Under Florida law, the dog’s owner can be held legally responsible for bite injuries even if the dog has never bitten before or exhibited dangerous behavior.

If you or someone you know was hurt in a dog attack, there is a good chance that the dog’s owner will be held liable for the harm incurred. This means that they will likely be required to pay for medical bills, future treatments, lost income, plus monetary damages for your pain and emotional suffering as a result of the dog attack.

Our Clearwater Dog Bite Lawyers at Whittel & Melton have seen the types of life-changing wounds suffered by dog bite victims, including permanent scarring and disfigurement and loss of limbs. We understand the trauma associated with these injuries, which is why we work attentively to help dog bite victims recover full and fair compensation for their suffering.

END_OF_DOCUMENT_TOKEN_TO_BE_REPLACED

Two people were injured, one severely, when they were bitten by a group of five pit bulls running loose near a St. Petersburg home.

Officials said officers were called to the home on July 3 after the dogs were reported loose.

A 52-year-old woman was bitten on the leg while trying to help her neighbor.

The woman was hospitalized with severe injuries that required emergency surgery.

The dogs reportedly charged the officers when they tried to exit their patrol car. The officers used fire extinguishers to force the dogs back.

A Pinellas Animal Control officer who responded to the scene also had to fend off one of the dogs’ attacks.

Eventually, at a point where all five dogs had jumped back into the home, officers were able to trap them inside by closing the windows.

The dogs’ owner was not home at the time, but later helped the Animal Control officer load the dogs into a truck to remove them from the home. The owner, who just moved into the house a few days ago, according to neighbors, has not been charged, since police said there was no intent.

The dogs will be kept under quarantine for further investigation.

Dog bite attacks are a bigger problem than most people realize until an attack affects them personally. A dog attack can leave both physical and emotional scars.  The following statistics highlight the problem of vicious dog bites:

END_OF_DOCUMENT_TOKEN_TO_BE_REPLACED

If you are like most Americans, you will be celebrating Halloween this weekend. Halloween is quite a fun holiday, providing you with the opportunity to dress up in a unique costume and eat a lots of candy! Halloween is known by children for its trick or treating, and for good reason. This year alone, Americans are projected to spend $2.1 billion on Halloween candy!

Around 41 million trick or treaters between the ages of 4 and 15 are expected to be out on the streets this Halloween. And while Halloween is a spooky fun holiday, it is important to not forget the list of potential dangers that can arise. Serious injuries can occur, ranging from pedestrian accidents, dog bites and even slip and falls or trip and falls. The following safety tips can ensure that you and your family and friends stay safe this Halloween while out and about in the Tampa Bay area.

Tips for a Safe Halloween

END_OF_DOCUMENT_TOKEN_TO_BE_REPLACED

A 4-year-old boy was mauled Saturday night by two pit bulls that had been crated at his uncle’s house in Riverview.

Authorities are still trying to determine how the attack occurred.

According to the Hillsborough County Sheriff’s Office, two deputies were conducting a traffic stop near the home when they heard a child’s screams. 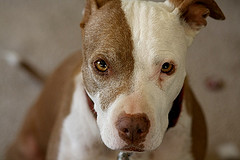 They ran to the scene and found the child in the front yard with the pit bulls standing over home. The child was pronounced dead at the scene around 10:30 p.m.

Investigators claim that the boy and his mother had walked from their home to their aunt and uncle’s residence.

The uncle had crated the two dogs before their arrival.

The boy was apparently eating ice cream in the living room of the house while the adults were in the master bedroom talking.

When they heard the screams, they realized the boy was not in the house. The deputies arrived moments later.

Animal Services responded to the home and took possession of the dogs. According to authorities, this was the first call to the home for a problem with the dogs.

No charges have been filed, but authorities are still investigating.

Animal attacks are actually more common than you may realize. The American Humane Association estimates that 4.7 million dog bites happen in the U.S. every year, with nearly 800,000 of them requiring medical care.  Sadly, most dog attacks involve young children.

The ASPCA predicts that half of all children in the United States will be bitten by a dog before they turn 12. Most of these bites will be from the family dog or the dog of a neighbor or friend.

If you or your child has been injured in an animal attack, it is important to speak with an attorney as soon as possible to protect your rights. A Tampa Bay Wrongful Death Lawyer will conduct a thorough investigation into the attack, collect any evidence and deal with the responsible parties directly. We can handle the insurance companies involved with the claim so that you can focus on the grieving process and moving forward from this difficult time.

END_OF_DOCUMENT_TOKEN_TO_BE_REPLACED

An 8-year-old girl was hospitalized Sunday after suffering non-life-threatening injuries after she was attacked by a dog in Progress Village.

Hillsborough County Fire Rescue responded to the scene of the attack at 2:20 p.m.
The child was taken to Tampa General Hospital by ambulance with non-life threatening injuries, according to a spokeswoman for Hillsborough County Animal Services.

Reports indicate the girl was bitten in the upper extremities while she and others were dog sitting inside a Progress Village home.

An adult in the home was apparently embracing the child in a very enthusiastic manner when the dog attacked. At this time, no one is sure why the dog reacted the way it did.

The dog that attacked the girl, an adult male American Staffordshire terrier, was taken by Animal Services where it will be monitored over the next several days.

As of Sunday, the girl was recovering at the hospital. 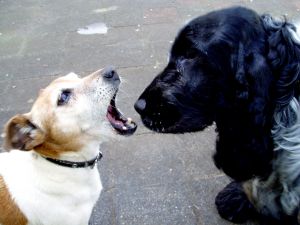 Dog bite injuries can be very painful and take time to recover from. These injuries can be made worse if an infection develops. It is quite common to suffer from severe swelling and bruising after a dog bite attack. Even worse, victims are likely to suffer scarring and possibly disfigurement. Because of the severe injuries that can occur from a dog bite or attack, it is important to contact an injury lawyer who can handle vicious animal attacks and help you seek the financial compensation you deserve to cover the full scope of your injuries.