An 18-year-old man hit by a car while walking home from school on Wednesday remains in critical condition.

According to Tampa police, the student and his friend were running northbound on 40th Street trying to cross Hillsborough Avenue against the light when he was struck.

The man was hit by a woman driving a Toyota Camry. She apparently stopped immediately once she realized she had hit the man. 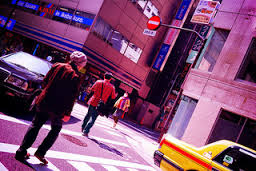 Police claim the woman probably won’t face charges as it appears the crash was a tragic accident. The woman was not harmed.

This unfortunate collision comes about three weeks after two other students were struck trying to cross a busy stretch of Hillsborough Avenue.

The students and sisters, 14 and 15, were hit by a vehicle on Hillsborough Avenue near 25th Street on March 18 while walking to school.

The 15-year-old died four days after the crash.

If you or someone you love was injured as a pedestrian while jaywalking or not in a crosswalk, you may be lead to believe that you have no right to file a personal injury claim or lawsuit because the accident was ultimately  “your fault.” However, whether or not you were in a crosswalk, you were jaywalking or whether a traffic light was red, yellow or green, you should be sure to speak with an injury lawyer as soon as possible after your accident. Regardless of fault, you could possibly have a strong case against the driver of the vehicle that struck you while you were on foot.

Following a serious injury in the Tampa Bay area, it can take weeks, months or years for a victim to recover both physically and emotionally form the accident. In some cases, injuries can be permanent. Financial troubles following a pedestrian accident only make matters worse. It is critical to act fast following a pedestrian accident so that you can take the necessary steps towards recovering just compensation. A Tampa Bay Pedestrian Accident Lawyer at Whittel & Melton can make a great difference in your personal injury case.

We represent all injury victims on a contingency basis. Contact us by phone locally at 813-221-3200 or statewide and toll-free at 866-608-5529 or online to schedule a free initial consultation with us. We can immediately begin helping you understand what financial compensation you are entitled to following a pedestrian accident or other type of auto accident.