That’s according to a 2012 study on the causes of teen car crashes, where surprising differences emerged between the behaviors of male and female drivers. 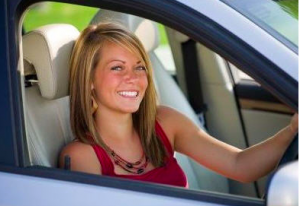 Female teenagers are more likely to get into car accidents if there is a male passenger in the car.

This study, published in the Journal of Adolescent Health, focused on distraction and risk-taking among teenage boys and girls, and examined 5,470 crashes involving drivers aged 16 to 18.

The most common behavior precipitating a crash for boys was aggressive driving. The boys were three times more likely to drive recklessly when there was a girl in the car than when they were driving alone, and slightly more likely than with a boy in the car. Driving with a male peer did, however, increase the chance that they would do something illegal, more so than driving either alone or with a girl.

Overall, “Males were almost six times more likely to perform an illegal maneuver in the presence of peer passengers compared with driving alone,” the study reported.

Girls, on the other hand, were more likely to be distracted by something inside the car while driving with a boy passenger. Driving with male passengers was also correlated with the girls daydreaming or performing illegal maneuvers. The girls were less likely to do something illegal with another girl in the car, and they weren’t likely to drive aggressively in any situation.

Teens’ frontal lobes aren’t wired to the rest of their brains as well as those of adults and past research on poor teen decision-making has implicated the underdeveloped adolescent brain structure as contributing reckless behavior.

Have you been in an accident with a teenager who was driving carelessly, or texting while driving? If you have been involved in any type of car accident, even one that you think may have been your fault, it is important to consult one of the St. Petersburg motor vehicle accident lawyers at Whittel & Melton to discuss what you are entitled to under Florida law.