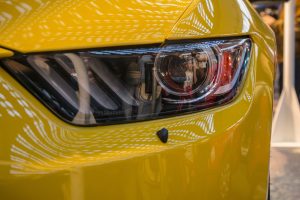 The Florida Highway Patrol has confirmed that a Plant City man has been arrested on a vehicular homicide charge after a fatal crash Monday night.

The 18-year-old Plant City man was apparently racing another driver when the accident happened on State Road 60 near Cassels Road.

Reports indicate that the man was driving a yellow 2018 Ford Mustang around 10:25 p.m. when he smashed into a black 2015 Mercedes-Benz C250 which was driven by a 33-year-old man of North Lauderdale.

An arrested report shows that the two were racing when the driver of the Merceded was killed.

Both men were driving their cars east on the four lane highway when they began racing. The driver of the Mustang was speeding and changing lanes, and almost struck a third vehicle, according to reports.

The driver of the Mustang suffered serious injuries. He was arrested on Tuesday at Brandon Regional Hospital. An hour later he was booked into jail. Records show that at the time of the fatal collision he was out on pretrial release for being arrested on a DUI charge in June.

Street racing is very dangerous and can ultimately result in death, as this case shows. While the driver that caused the accident is now facing criminal charges, it is important to point out that the family of the deceased victim can also file a wrongful death suit against the at-fault driver. A wrongful death lawsuit is different from a criminal suit as it allows the victim’s loved ones to seek financial compensation for their loss. Our Tampa Bay Wrongful Death Attorneys at Whittel & Melton are here to help those who have lost their loved ones pursue just compensation for the pain and suffering they have endured.

In order to be successful in a wrongful death civil suit, it must be demonstrated that the at-fault person’s negligence caused the other person’s death. For this case purposes, drivers must follow the rules of the road. When they do not, this is a violation of the law, which points to negligence.

Even in cases where the deceased is found to be partially at fault for the accident that caused their death, surviving family members may still be able to recover compensation as long as the other person is found to be more at fault. When this happens, the person’s fault will be deducted from the total amount of the financial award.

Wrongful death damages can include loss of consortium (loss of benefits from the deceased), loss of future income, loss of companionship, funeral and burial expenses, and pain and suffering.

Our Tampa Bay Wrongful Death Attorneys at Whittel & Melton can help you understand your legal rights following the death of a loved one from an accident that was not their fault. We can explain how these cases work and advise you on the best way to proceed. We do like to remind family members and loved ones that the time to act is now. Wrongful death cases do have a limited time frame placed on them, called a statute of limitations. In the state of Florida, the statute of limitations for filing a wrongful death lawsuit is two years from the date of death. Once the statute of limitations expires, you will not be able to recover financial damages from the at-fault party.

It costs you nothing to speak with us about your case and learn more about the recovery process in a wrongful death lawsuit. We want to make sure you understand how the legal system works and what you can do to secure a financial award. We understand that losing someone close to you is never easy. No amount of money will bring your loved one back, but it can help you with healing and starting the recovery process. We encourage you to contact us today to find out more about how we may be able to assist with your wrongful death suit.