The number of fatal bicycle accidents involving motor vehicles is on the rise, and the state of Florida is just second behind California with the highest number of deaths.

According to a report by the Governor’s Highway Safety Association, the number of U.S. bicyclists killed in accidents involving motor vehicles rose by 16 percent between 2010 and 2012.

During that same period, California had 338 cyclists killed in collisions with motor vehicles, and Florida had 329. 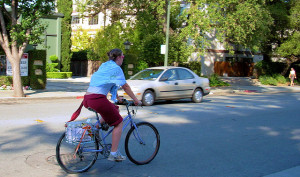 If injured, it is important for Tampa Bay area cyclists to understand their legal rights and seek medical attention immediately. Fortunately for injured bicyclists, the city of Tampa and the surrounding areas, as well the state of Florida, have passed favorable laws that hold negligent, careless and reckless drivers accountable for bicycle accidents.

If you or someone you love has been injured or killed in a bicycle accident, a Tampa Bay Injury Lawyer at Whittel & Melton can help you understand all of your legal options. Please call us today at 813-221-3200 or toll-free at 866-608-5529 for a free consultation.