A 27-year-old central Florida woman escaped serious injury Monday afternoon when she walked into a train while texting.

Police claim the woman was texting as she walked around the crossing gates and into the path of a passing freight train in Lakeland. 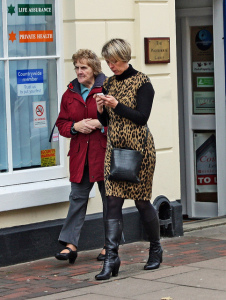 She was hit by the train and tossed into the air. She suffered a compound fracture to her right arm and her right leg was also injured.

The train had two locomotives and was carrying consumer goods from Winter Haven to Jacksonville.

Texting while driving is a serious issue. In the United States, somewhere between 1,000 and 1,500 people end up in Emergency Rooms every year due to injuries caused by texting and walking. A study conducted at Ohio State University found that distracted walking injuries more than doubled between the years 2005-2010.  Another study, conducted by the University of Washington found that people who text while walking are four times more likely to put themselves at risk while crossing the street than their fellow pedestrian travellers. Distracted walkers looking at texts are likely to not look both ways or jaywalk.

If you have been injured by a distracted texter, walking or driving, a Tampa Bay Injury Lawyer at Whittel & Melton can help you determine if you have a valid injury claim. We proudly serve the people of Tampa Bay, including Hillsborough, Pinellas, Polk, Manatee and Sarasota Counties. Call us today at 813-221-3200 or contact us online for a free case analysis and evaluation.