A single-vehicle crash that happened on Sept. 29 has left a 16-year-old boy dead and four other teens suffering serious injuries.

The 16-year-old passed away Monday night, according to St. Petersburg police. The other four teens that were involved in the wreck are recovering from their injuries at home.

The crash happened just before 11 p.m. while the 16-year-old teen was behind the wheel of a 2003 Mazda. Police believe he was driving recklessly as well as speeding when he crashed into a curb, hydroplaned, and ultimately struck a tree.

Firefighters arrived at the scene to remove the teen driver from the vehicle and transport him to Bayfront Health St. Petersburg hospital to treat his life-threatening injuries.

Another 16-year-old boy was transported to the same hospital with critical injuries. Two other teen boys, 16 and 17, were also treated at that same hospital for minor injuries.

Police also believe a 14-year-old girl was riding in the same vehicle with the teen boys, but have not said if she was injured.

Police did say that none of the teen’s involved in the wreck had a driver’s license. 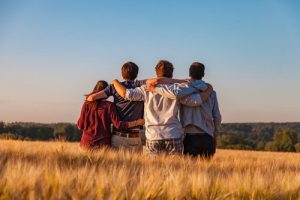 Teen drivers, even though they may have their driver’s license, are usually not ready for the same driving responsibilities as adults. Their lack of experience, immaturity, and lack of skill are all factors for why teen drivers are involved in a higher rate of fatal collisions. Teen drivers make mistakes, become easily distracted, speed, and take unnecessary risks, especially when they have other teen passengers riding along with them.

As a parent or caregiver you should realize that you have more influence over your teen driver than you may think. Talk to your child about the dangers of drinking and driving, texting while driving, and engaging in other dangers when behind the wheel. Having healthy discussions about dangerous driving behaviors can deter your teen from making poor decisions when they are driving.

You also want to lead by example. If you practice safe driving habits, the odds are that they will, too (hopefully). You can set aside time to take your teen driver out on the road to get in good practice. This is also good quality time spent together while teaching them some basic driving skills. Remember, your teen’s driving education starts at home with you.

You can set boundaries and consequences when it comes to your teen driving. If you catch your teen talking or texting while driving, or breaking any other driving rule you have set, such as speeding, driving somewhere that is not allowed or having too many passengers in their car, then create consequences that will make them think twice about breaking another rule again. Limit where and when they can drive, take away their cell phone, etc. Teens need to be constantly reminded to keep their eyes on the road and their hands on the wheel at all times, every time they are behind the wheel.

If your teen has been involved in an auto accident as a driver or passenger that was no fault of their own, then you could be entitled to financial compensation through a personal injury lawsuit. Our Tampa Bay Auto Accident Attorneys at Whittel & Melton are well equipped to handle teen driving claims, including any wrongful deaths that have resulted. There is no dollar amount that can undo a serious injury or bring back a lost child, but a personal injury or wrongful death claim can hold the negligent party accountable for their recklessness and prevent the same thing from happening to someone else.

We can walk you through the steps for filing a claim as well as the expected outcome. You can contact us 24/7 for a free consultation to learn more about how we may be able to help you.