St. Petersburg Fire & Rescue responded to a fire that broke out at a residential home Sunday morning.

Officials claim they viewed heavy smoke and fire coming from the one story home around 5:16 a.m.

The occupant, 41-years-old, was found exiting the side door. He was treated by paramedics for smoke inhalation and transported to Bayfront Hospital in stable condition.

Reports indicate the fire started in the kitchen and made its way into the attic.

According to fire investigators, the occupant started cooking and then fell asleep leaving two burners on.

The occupant stated he woke up due to the smoke choking him. 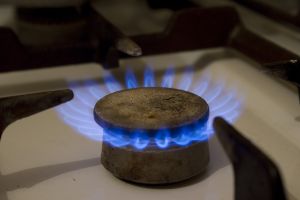 Cooking fires are the leading cause of home fires in the United States, with grease fires being the main cause. Sadly, more than 480 people are killed annually and many more suffer severe burn injuries in accidents caused by cooking fires. Kitchen fires can flare up in a matter of seconds and destroy an entire home, ultimately causing around $900 million dollars in property damages every year.

Accidental kitchen fires can be prevented. There are various measures homeowners and renters can follow in order to protect themselves and their homes against kitchen fires.

• Never leave food on a stove burner unattended. Dry cooking fires happen when moisture evaporates from the pan, leaving the food inside burned. Never walk away from the kitchen once you have started to cook. When you are done cooking, make sure all burners are turned off.

• Keep flammable objects, such as napkins, towels and potholders away from stovetops.

• Keep all your cooking equipment clean, so that grease does not build up. Grease fires are the most common cause of kitchen fires, so always be extra cautious of this.

• Never use water to put out a kitchen blaze, as this only makes things worse. An important tip to remember – fire cannot exist without oxygen, so cover a cooking fire with a metal lid and smother the flames.

• Should a fire erupt, evacuate the home and call 911.

If you have been the victim of a kitchen fire due to a defective product or someone else’s negligence, contact a Tampa Bay Injury Lawyer at Whittel & Melton today online or call our St. Petersburg office at 727-847-2299. We can help you determine if you may be entitled to financial compensation for your injuries.