The Polk County Sheriff’s Office has reported that a 12-year-old boy from Plant City died in a car crash in Mulberry just after midnight on Sunday.

There were three others injured in the vehicle crash, including a 14-year-old boy.

Reports from the crash indicate that the driver of the truck and the 12-year-old child were ejected from the vehicle, and that the Corolla caught fire.

Officials reported that bystanders successfully pulled the 14-year-old boy from the truck, who suffered a broken collar bone and was taken to Lakeland Regional Health for his injury.

After Polk County deputies and fire rescue located the 12-year-old child in the middle of the highway unresponsive, he was airlifted to St. Joseph Hospital in Tampa. He later died from his injuries.

The driver of the pickup truck is listed in critical but stable condition and being treated at Lakeland Regional Health for a broken neck and leg.

The driver of the Corolla suffered a broken leg. Upon his release he was arrested and charged with DUI manslaughter, several counts of DUI with serious injuries, and driving without a valid driver’s license. 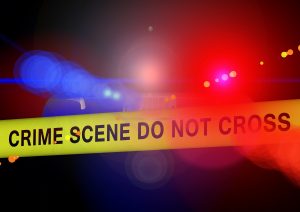 The PCSO Traffic Homicide Unit shutdown the roadway for five hours while they investigated the scene.

The crash still remains under investigation.

Losing a spouse, partner, child, or other relative or family member in a car crash due to the reckless actions of a drunk driver is a horrific experience to have to endure. If you have lost a loved one in a DUI crash in the Tampa Bay area, a wrongful death lawsuit is a way to achieve justice from the responsible driver of the accident as well as recover financial compensation to help you move forward from this tragic loss.

Drunk driving is entirely preventable, but still one of the top causes of car accidents throughout the United States. The statistics below show just how serious of a problem DUI-related collisions are.

What Is a Wrongful Death Claim?

While no amount of money can undo what happened or bring a loved one back, damages can help surviving family members achieve some sense of justice. The following types of damages may be recovered in a wrongful death claim:

While a DUI-related death matter may result in a criminal lawsuit against the at-fault party, a civil wrongful death lawsuit can still be filed in civil court. There are time constraints on when these suits must be filed, so it is best to consult with our Tampa Bay Wrongful Death Lawyers at Whittel & Melton to better understand your legal options and rights. We can walk you through the process and what you can expect the outcome of your case to be. We welcome you to contact us for a free consultation where we are happy to explain a wrongful death claim in-depth with you.