A 56-year-old man was killed early Friday morning in Auburndale after he was struck by a Polk County Sheriff’s patrol car, deputies said.

The crash occurred at 6 a.m. at the intersection of 42nd Street and Havendale Boulevard.

According to investigators, a 21-year-old deputy had just completed his shift and was driving home in the eastbound lanes of Havendale Boulevard in his patrol car. As he approached the intersection of 42nd Street, the 56-year-old man apparently stepped into the path of his patrol car.

The man died at the scene from his injuries. 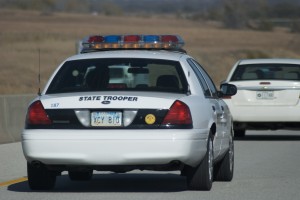 Investigators claim that the preliminary information shows that the traffic light was green and that the deputy had the right of way.

Officials believe the deceased had a history of routinely wandering into parking lots and onto Havendale Boulevard to ask drivers for money. Earlier this month, deputies said they received two separate reports of the man walking into traffic at Havendale and 42nd Street, once at 11 a.m. and another at 5 p.m.

The Polk County Sheriff’s Office Traffic Homicide Unit will conduct the initial investigation into the crash. Following this, their findings will be reviewed by the PCSO Administrative Investigation’s Section. The State Attorney’s Office will also review any reports.

The deputy has been placed on paid administrative leave pending the outcome of the investigation.

No additional details have been released.

Government officials, just like all other people, are very capable of making mistakes. With that said, the law does in fact recognize that government officials can sometimes be liable for accidents, and allows the accident victim to recover just the same as if the accident involved a private citizen. For this case, the fact that the driver was a police officer should not decrease the accident victim family’s chances of obtaining a full recovery for the death of their loved one should the accident have been caused by the officer’s negligence or carelessness.

If you or someone you love has been harmed in an accident that was caused by the negligence of a government employee, you may be entitled to receive monetary compensation for your injuries or loss. To find out more about your legal rights, please call a Polk County Pedestrian Injury Attorney at Whittel & Melton today at 813-221-3200 or call statewide and toll-free at 866-608-5529. You can always contact us online to request a free case evaluation.