Researchers at the University of South Florida’s Center for Urban Transportation Research have been watching people drive as part of a national study on driver habits for the past few years.

The goal of the study was to gather data on how people drive and the way they drive. 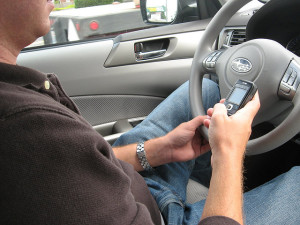 In order to accomplish this goal, more than 3,000 people were studied nationwide, including more than 700 drivers in Tampa Bay. Their cars were equipped with front to back sensors and cameras to keep tabs on their every move, even down to the motion in a driver’s eyes, according to researchers.

Participant study time ranged from four months to two and a half years.

Many of the results came back as expected, such as those regarding distracted driving. The study found many drivers who took their eyes off the road for as long as 4.6 seconds.

Taking your eyes off the road for 4.6 seconds travelling at an average of 50 miles an hour is equivalent to driving the distance of an entire football field without looking, which seriously increases your chances of being involved in a crash.

The study also looked at “near crashes,” when a driver swerves to avoid hitting another car. This type of data has never been captured before. Researchers can now look at how we act and react to traffic.

The study also looked into approaches to pedestrian intersections. Researchers were able to watch drivers’ eyes, which can help them tell if existing signs are doing their job or if things need to be changed.

The goal of the study is to create safer roads, cars and drivers.

Distracted driving involves more than just cell phone use while driving. Driver distractions can be anything that take the driver’s attention off the main task at hand – driving. Distractions usually fall into three categories:

When drivers fail to exercise caution behind the wheel, they cause accidents. If you have been injured by another driver’s negligence or carelessness, a Tampa Bay Injury Lawyer at Whittel & Melton can help you recover for your losses. For a free case evaluation, please call us at 813-221-3200 or 727-823-0000, or fill out our consultation form online.