Most people recognize that using a cell phone while driving can prove deadly. However, a new AAA study shows that cell phone use is hardly the only activity that may cause you to become involved in a serious auto accident.

The most recent research carried out by the AAA Foundation for Traffic Safety concludes that most teens involved in crashes are guilty of distracted driving but, not all of these cases involve distracted driving associated with cell phone use.

According to AAA, distracted driving is a factor that is present in 6 out of all 10 accidents that are moderate or severe. Distracted driving among teens has only been associated with 14 percent of all teen driver crashes by the U.S. National Highway Traffic Safety Administration, so this new study may indicate that teens are much more likely to be involved in serious distracted driving crashes than we once thought.

According to the results of the study, the number one cause of distraction among teen drivers who are involved in crashes is talking to other passengers. 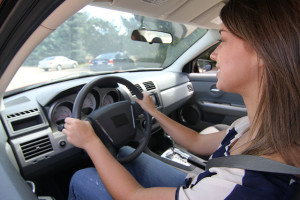 This study is important because it highlights the dangers that teen drivers face on a daily basis. Creating awareness of these distractions could help safety advocates and lawmakers develop better solutions to the distracted driving problem.

In 2013, teens were responsible for crashes that injured 383,000 people and killed another 2,865. If you or someone you love has been injured or killed in a crash involving a distracted driver, a Tampa Bay Auto Accident Injury Lawyer at Whittel & Melton can help you understand how to proceed with a claim. Call us today at 813-221-3200 or contact us online for a free consultation.